Gluten can cause many gastrointestinal symptoms, such as bloating, distension, excess and unwanted gas and more.  Gluten causes the release of a chemical called zonulin, which triggers a state of increased permeability in the intestines, or a form of  “leaky bowel syndrome.” This allows substances to pass through the intestinal wall and enter the blood stream that would normally be kept within walls of the intestines.

This might not sound like such a big deal, but our intestines are not supposed to be permeable to such large molecules. When proteins and larger molecules enter the bloodstream as a result of this increased permeability, the immune system reacts to these as the foreign substances that they are, such as viruses, bacteria or foreign bodies. Increased inflammation and immune reactions that go awry can result in many different symptoms beyond those mentioned above ranging from physical pain and mood changes, brain fog, fatigue, and even skin problems.

Dr. Alessio Fasano’s (a pioneer in gluten sensitivity and Celiac disease) research has linked reaction to gluten to some very serious health conditions, including rheumatoid arthritis, multiple sclerosis, lupus, and other auto-immune diseases. The reaction varies from person to person according to their sensitivity.

This issue has increased in severity over the past 50-60 years due to the genetically modifying of wheat that has resulted in alterations of the gluten protein that seem to make it much more likely to trigger inflammation and immune reactions. Very few adults don’t have inflammatory problems of some sort.

You might still have gluten sensitivity even if you have celiac tests that are negative. Make mental or written notes following eating foods with gluten, such as cookies, cereal, sandwiches, and bread. This includes wheat, rye and barley.

Fortunately, it is becoming much easier to be gluten free now because of the availability of such products in grocery stores from cookies, crackers, and bread.  Keep your eyes open for facts like, buckwheat is not actually from wheat but from a fruit, and thus is gluten free. Many grocery stores have a gluten free section. Look for “Gluten Free” on the labels as well.

Sign Up To Receive Savings!
*Disclaimer: Results vary from patient to patient and are not guaranteed
Graphics and Website Content Copyright 2018 - 2019 Finger & Associates | Managed by DGM Global Marketing Business Solutions
Dental Health and Anti Aging ! What is the Connection?Anti-aging, News 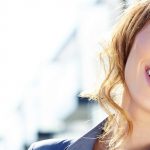 Don’t Worry, Look HappyAnti-aging, Botox, Face, Fillers
We use cookies to ensure that we give you the best experience on our website. If you continue to use this site we will assume that you are happy with it.OkPrivacy policy