For Dr. E. Ronald Finger, life as a pioneer in plastic surgery was a natural fit. Dr. Finger’s appreciation of medicine developed at an early age where he assisted his father, a general surgeon, in surgery.

In 1969 he joined the United States Air Force where he spent four years. It’s in the United States Air Force, which he entered during the Vietnam war, where he cultivated his indomitable spirit and where he completed his plastic surgery residency. Being chief resident of one of the largest birth defect clinics in the military and war injuries provided invaluable experience for a lifetime.

In 1973 Dr. Finger became board certified by the  American Board of Plastic Surgery; was honorably discharged as a Lieutenant Colonel from the United States Air Force; and married his treasured wife now of 40 years, Cheryl. And, he returned back to his home in the Southeast and set out to create the first outpatient plastic surgery center in Georgia.  It’s been a career of “firsts” ever since. 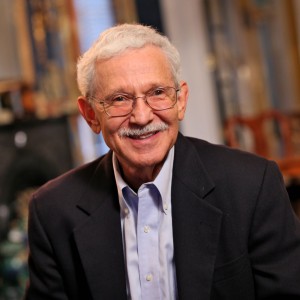 The “Firsts” for Dr. Finger include:

The augmentation mammoplasty (Breast Enhancement – Enlargement Breast Implants) has been one of Dr. Finger’s specialties since 1973, and he has performed several thousand. This has included virtually every type of implant and technique. His goal has been to create breasts that look and feel as natural as possible. Every patient is treated according to their shape, size and expected

After having been a Sculptra trainer for 6 years, Dr. Finger has concentrated on the non-surgical rejuvenation of the face for the past 2 decades. He is an expert in the aging face and the deficiencies that occur with aging, of which understanding results of volume loss is paramount. A deep understanding of this is necessary to turn back the clock to the years when our faces were shaped quite differently. Dr. Finger is an expert in injecting Juvederm Products, Restylane Products, Sculptra, and Juvederm Voluma. He also specializes in fat injections (transfer) to the face with preservation of stem cells. Dr. Finger also offers the Brazilian Butt Lift Procedure, which consists of fat transfer to the buttocks. It involves removing fat from unwanted areas of the body to the buttocks and hips, to create a rounder, fuller, and more youthful shape.

The Nutational Infrasonic Liposculpture (NIL) technique of liposuction, affectionately called “Tickle Lipo,” has become one of Dr. Fingers most requested procedures with the advantage of a reduction in operating room time, less discomfort, and preservation of adipose-derived regenerative cells (stem cells) for the transfer to the face, buttocks, breast, and hands. The “Tickle Lipo” is also used with body contouring procedures, such as the abdominoplasty (Tummy tuck). The “Tickle Lipo can be used under local or general anesthesia.

New Youth Skin Care, developed by Dr. E. Ronald Finger, was one of the first physicians developed Anti-Aging Skin Care Systems in the USA.  Read all about this amazing product line by visiting this site. New Youth can be purchased online or in the Savannah Office. We can also take phone orders.

Dr. Finger is an expert in hair transplantation. Hair Transplant requires assessment of the patient, diagnosing the cause and choosing the treatment best suited for each individual. If a hair transplant is the chosen treatment, it is done with meticulous skill and artistry required to yield a natural, undetectable result.

All major plastic surgery cases are performed in the Bluffton SC office.  Dr. Finger offers minor surgery cases and skin rejuvenation treatments such as the Fraxel-Laser are performed in the Savannah office. Complimentary consults are available to all patients in either or location. Military discounts are honored at both offices. Contact our office to schedule your complimentary consult.  Call 912-354-4411. Dr. Finger is board certified in the state of GA and the state of SC. Schedule your appointment online.

Sign Up To Receive Savings!
*Disclaimer: Results vary from patient to patient and are not guaranteed
Graphics and Website Content Copyright 2018 - 2019 Finger & Associates | Managed by DGM Global Marketing Business Solutions
We use cookies to ensure that we give you the best experience on our website. If you continue to use this site we will assume that you are happy with it.OkPrivacy policy