Blepharoplasty, or eyelid lift surgery is one of the most common facial plastic surgery procedures in the US. A blepharoplasty can rejuvenate puffy, sagging, tired-looking eyes by removing excess fat, skin, and muscle from the upper and lower eyelids. It can also help to improve eyesight by lifting droopy eyelids out of the patient’s field of vision. Blepharoplasty, performed on either the upper or lower eyelids, is intended to provide a more youthful, vibrant appearance and when performed correctly provides natural looking results for many years. Depending on the patient’s age this procedure may have to be repeated after 10-15 years. It is important to remember that we all continue to age and though facial plastic surgery is a long lasting solution, it is not a forever solution.

A brow lift, also known as a forehead lift or forehead rejuvenation, is a cosmetic procedure to raise the brows. A brow lift improves the appearance of the forehead, the brow and the area around the eyes by raising the soft tissue and skin of the forehead and brow

A Facelift, also known as Rhytidectomy, is a surgical procedure that lifts and tightens facial tissues. A facelift can involve removing excess skin, smoothing out folds and wrinkles, and adding fat to the face. It doesn’t include a brow or eyelid lift, although these might be done at the same time. Rhytidectomy literally means wrinkle (rhytid-) removal (-ectomy).

Modern facelifts look much more natural without some of the older undesirable signs, such as the wind tunnel look, obvious scars, or deformities of the ear lobes. Dr. Finger developed a facelift called the transmale subperiosteal midface lift, which we believe gives a more natural and longer-lasting facelift and which is used by many surgeons throughout the country.

Dr. Finger often combines the facelift with eyelid lifts, forehead lifts, lip augmentation, fat injections, and CO2 laser treatments for optimal results. Facelifts are usually done under light general anesthesia. Recovery time for most swelling and bruising is 1 to 4 weeks, depending upon the adjunctive procedure done and the health and age of the patient.

There is No “One Fits all Facelift” according to Dr. E. Ronald Finger each Facelift is as unique as the patient. Though patients all want to look younger and experience an improved appearance, not each patient receives the same Facelift. Dr. Finger customizes his technique according to the patient’s age, desire, and unique facial features.

A Lip-Lift is a simple, in-office procedure to elevate the upper lip. It is done either to shorten the distance of an overly long upper lip or to increase the amount of “red show” for a lip that is naturally very thin.

It requires the removal of a small strip of skin just under the nose, but because the nose is narrower than the mouth, the lip lift elevates the central part of the lip only. This can make the corners of the mouth appear to turn down, creating the illusion of perpetual sadness.

Fortunately, a procedure known as a Valentine Commissure Lift can be performed at the same time (or alone, if a lip lift is not needed) to raise the corners of the mouth. By removing a small triangle of tissue at each oral commissure (the corner of the mouth), surgeons can turn the corners upward and eliminate the droopy, sad appearance. After lip enhancement surgery, bruising and swelling are generally minimal. The sutures are removed five days after the procedure.

A Neck Lift procedure varies depending on what the individual patient needs. Liposuction can remove excess fat in the neck area, and Renuvion (formerly J-Plasma) can help to tighten loose skin in the face, neck, and body. Dr. Finger decides which method to use depending on the amount of skin laxity and the patient’s goals. Dr. Finger can eliminate excess sagging skin or tighten the underlying platysma (neck) muscles to maximize the procedure’s rejuvenating effect. When a patient suffers from extensive sagging of the skin on the neck Dr. Finger can also opt for a Z-plasty.

Rhinoplasty sometimes referred to as a “nose job” or “nose reshaping” by patients, enhances facial harmony and the proportions of your nose. It can also correct impaired breathing caused by structural defects in the nose. Dr. Finger is a top rhinoplasty surgeon in Savannah, Ga, and also offers liquid rhinoplasty (injectable nose job) in place of the surgical technique.

What Rhinoplasty can treat

Facial Implants are designed to augment, reconstruct, or rejuvenate your facial contours. They are available in a wide range of sizes and styles and restore contour and/or proportion to your face. Facial implants can be used to augment your chin and jaw, and to provide the sculpted cheekbones that you desire, or supplement the tear trough (under eye area).

When to Consider Facial Implants

Fat transfer, also called fat grafting, fat injections, and lipo-filling, is a procedure that uses a person’s own fat to fill in irregularities and grooves. This is now a well-established technique that was perfected in the early nineties to a predictable procedure. Dr. Finger includes fat grafting in his facial plastic surgery procedures and says this is one of the reasons his Facelifts look above average. Aesthetic indications for undergoing fat grafting include sunken cheeks, the disappearance of fat from the cheekbones, deep grooves running from the nose to the corners of the mouth, and in some instances of lines between the lower eyelids and the cheeks. In addition, lipo-filling can be used to smooth out all types of irregularities such as those resulting from poorly performed liposuction or injuries.  The fat is harvested via small liposuction most commonly from the patient’s abdomen.

Otoplasty (ear surgery) is done to set protuberant ears back closer to the head or to reduce the size of large ears. Otoplasty is an in-office procedure.

Earlobe Repair is a simple, in-office procedure to re-shape the lowest portion of your ear. The procedure can be performed for various reasons, but is most commonly done to repair a stretched or torn ear lobe that was damaged from piercings.

At Finger and Associates, we often combine the facelift with eyelid lifts, forehead lifts, lip augmentation, fat injections and even laser treatment of certain wrinkles. Facelifts are usually done under a light general anesthesia. Recovery time for most swelling and bruising is 1 to 4 weeks, depending upon the adjunctive procedure done and the health and age of the patient. 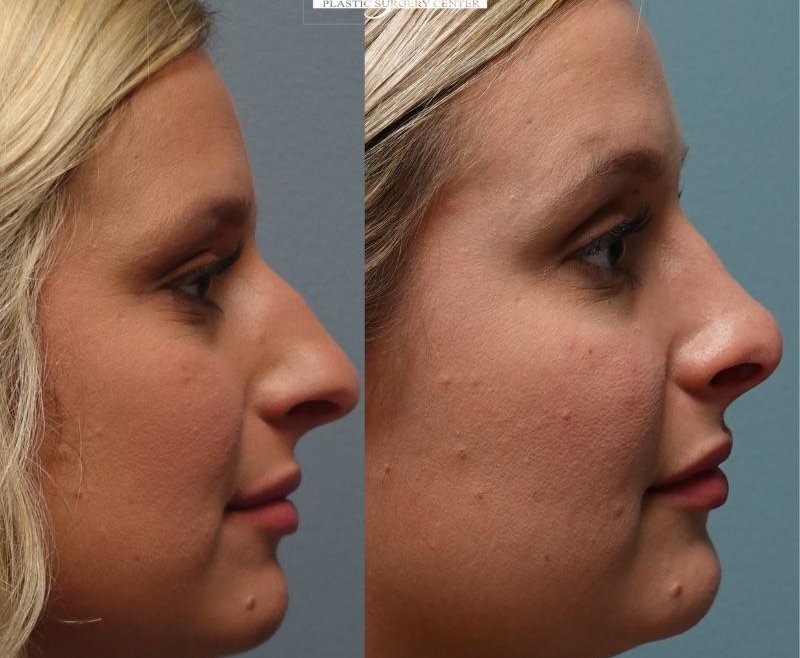 Facial Asymmetry and solutions By Dr. E. Ronald Finger First, one should know that to be symmetrical would be very rare. After-all, our liver is… 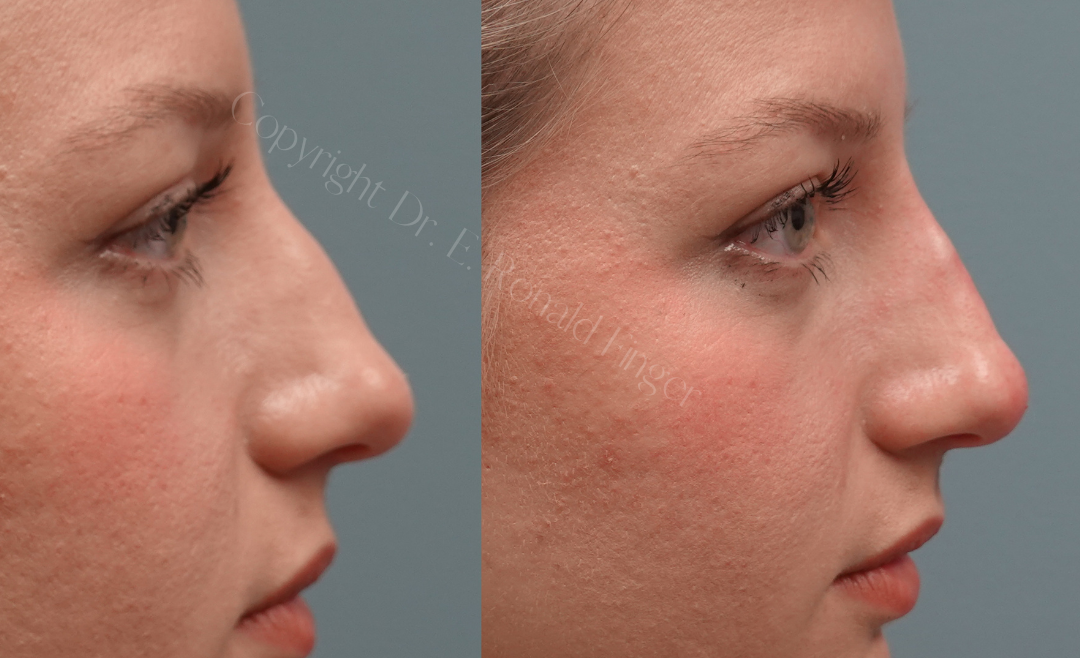 Liquid Rhinoplasty The non-surgical method using injectables to reshape & enhance the noseMost people are fully aware of the result of trauma to the nose; resulting in… 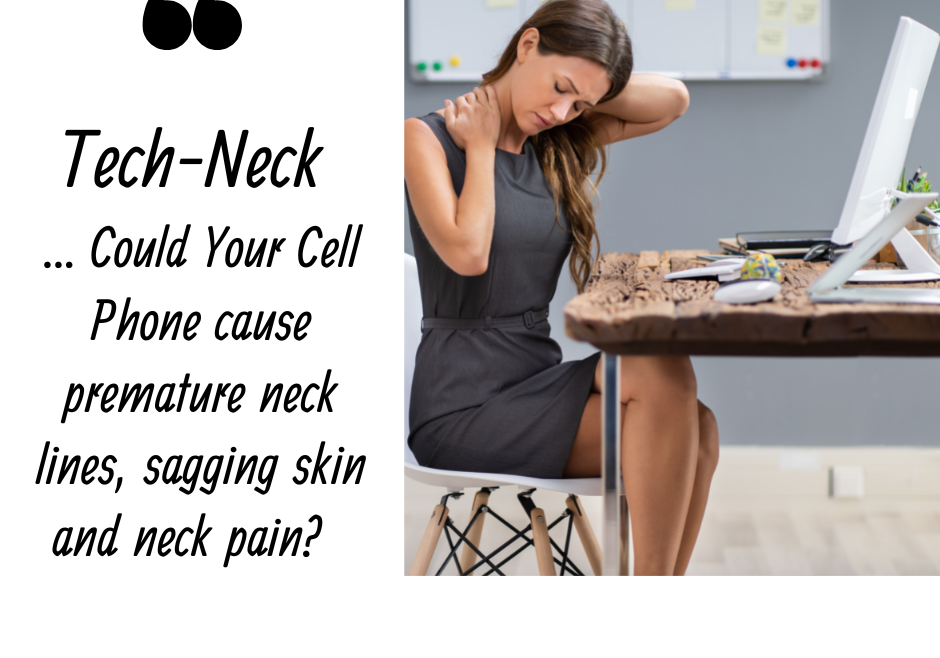 Is the constant use of cellphones, computers and other electronics the reason for premature neck wrinkles, sagging skin and neck pain? Yes, it is.  Constantly…