The Less Invasive Solution to Liposuction

The removal of stubborn fat deposits from the hips, thighs, knees, arms, abdomen, neck, chin and other problem areas can be accomplished with a popular cosmetic surgery procedure known as Tickle Liposuction. Although not a substitute for a healthy diet and regular exercise, Tickle Liposuction can help give patients the lean, sculpted look they desire by removing pockets of fat that cannot be eliminated through non-surgical methods or diet and exercise.

Tickle Liposuction is offered as a safe, effective option for enhancing the body’s shape and tone. Liposuction is the most common plastic surgery procedure done and has been performed at Finger & Associates since 1982.

A: Yes, My history of liposuction goes back to 1982 when I read an article on liposuction. No one in the southeast was doing them at that time, and I had to order my cannulas from Germany. They were huge and had cutting edges. Still, the results made patients very happy. We have graduated to tumescent liposuction, smaller, more effective, and safer cannulas, and better postoperative instructions which have made liposuction the most popular and safest procedure performed by plastic surgeons.

For the last few years, energy-based liposuctions were invented and tried, one of the goals being to tighten the skin.  Independent studies have shown that energy-based liposuction is not better than traditional liposuction and add a new list of possible risks because of the heat and burning of the tissues, and the procedures take longer to perform than traditional liposuction, which adds to the cost.  Also, they destroy fat-derived Stem Cells. This is very important, as fat transfer/grafting is becoming very popular for re-volumizing the face, eyelids, hands, reconstruction of the breast, cosmetic breast augmentation, and the buttocks (Brazilian Butt Lift).

Also, they destroy fat-derived Stem Cells. This is very important, as fat transfer/grafting is becoming very popular for re-volumizing the face, eyelids, hands, reconstruction of the breast, breast augmentation, and the buttocks (Brazilian Butt Lift).

Fat is very fragile, and much of the fat when grafted does not survive. However, fat-derived stem cells are quite hardy. Concentrating stem cells from the patients’ fat and adding it to the fat that is going to be transferred increases the success of the fat transfer. More of the fat “takes.

Why the Tickle Liposuction Method is better!

” The “Tickle Liposuction method,” trademarked as NIL stands for Nutational Infrasonic Liposuction, is a system in which the cannula vibrates with specific motion and rotation. This has several advantages: it reduces the discomfort, so general anesthesia is no longer necessary; there is less post-operative swelling and bruising; recovery time is reduced; the procedure takes about 25% less time to perform, and it preserves stem cells. Pain reduction is called the gateway phenomenon. The vibration takes up room on the nerves, and there is less room for pain impulses to make it to the brain.

The Word Tickle Liposuction was used because many patients think that it tickles. The increased fat-derived stem cell survival is important for my practice because we perform the procedure and I believe that fat transfer is the future of rejuvenation of the hands, face, for breast reconstruction, and much more. An independent study from Belgium concluded that the Tickle Liposuction was the most effective liposuction technique with the least risk of unsatisfactory results. We welcome Tickle Liposuction to our office.

Although there are many methods of performing liposuction, a technique known as tumescent liposuction is considered by many to be the gold standard. This method involves the injection of a special liquid into the area to be treated before the application of suction, causing the area to become firm, or tumescent. This technique ensures that our patients receive the best possible results with the least amount of downtime because it allows the removal of larger amounts of fat while causing less damage to surrounding tissues. Because the injection liquid contains an anesthetic, there is also less discomfort for the patient during and after the procedure.

Tumescent liposuction can be used in any area of the body. It is particularly useful for large areas of fat, or areas like the face, neck, arms, calves, ankles, abdomen, sides, and back, which demand enhanced precision. At Finger and Associates Plastic Surgery Center in Savannah, Georgia, we are pleased to offer this advanced body contouring technique to our

One of the areas of the body for most frequently treated with liposuction is the thigh and buttock area. Because this part of the body is notorious for retaining stubborn pockets of fat, it is an ideal target for liposuction surgery. Often, liposuction alone can dramatically improve the shape and tone of the thighs, but if excess skin is a problem, a thigh lift procedure may be necessary to reach the desired result.

Like any other type of lift, a thigh lift is designed to improve the appearance of the thigh and buttock area by removing excess skin and fat and tightening the remaining skin. Thigh lift surgery can be performed on the inner thigh alone or the whole thigh and buttock area, depending on the scope of the problem. Either way, liposuction plays a key role in the contouring of this common problem area.

Liposuction is often a less invasive alternative to breast reduction surgery. When the breasts are only mildly larger than desired and loose or extra skin is not a concern, liposuction can be used to remove excess fat from the area, thereby reducing the size of the breasts, while leaving only tiny incision scars. This is particularly useful for the treatment of gynecomastia, or overdeveloped breasts in men. 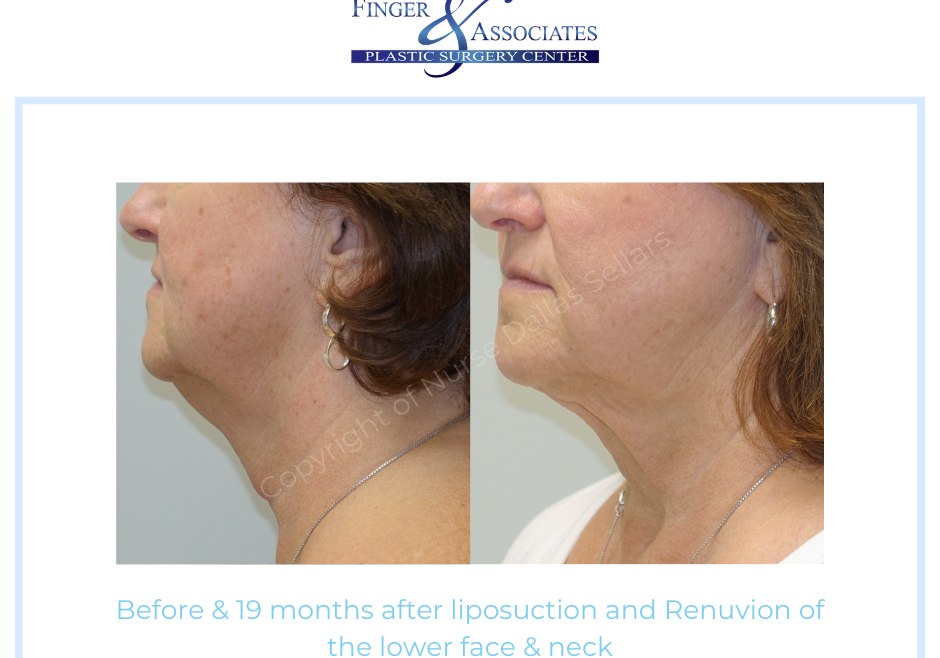 Renuvion – The #1 Technology For Skin Tightening Renuvion for skin tightening formally J-plasma is a revolutionary treatments that tightens skin without extensive downtime. Renuvion is… 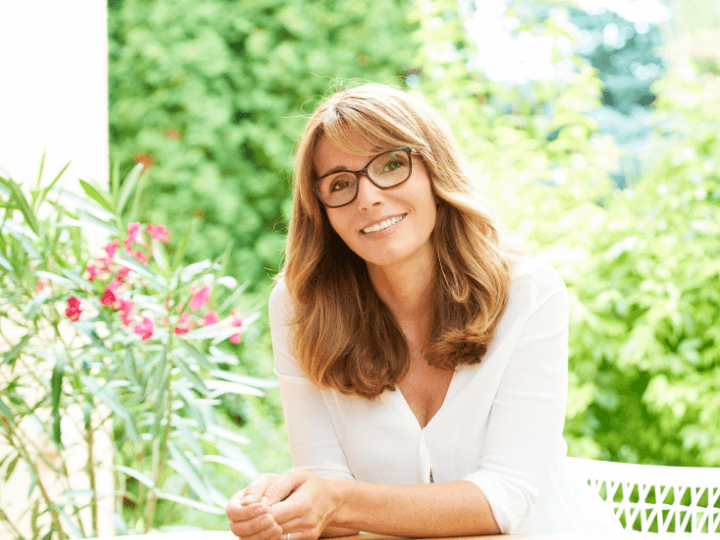 Common Signs Of An Aging Face    As we age, we all experience many of the same signs of aging. Thankfully for us, science has… 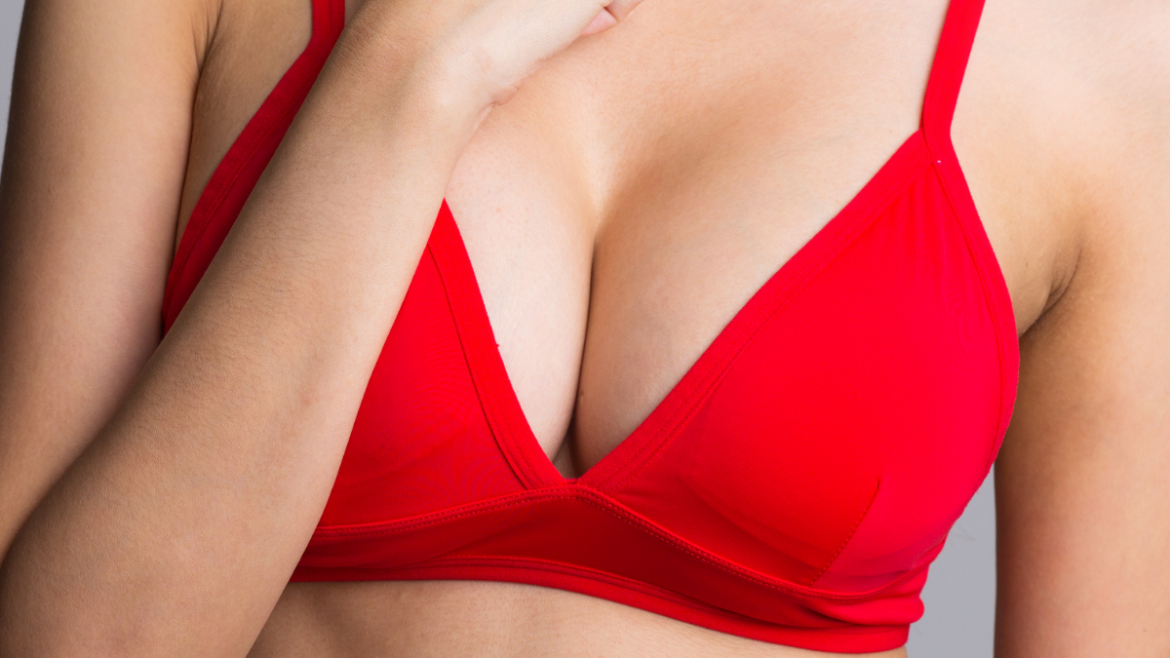 Is It Time For Breast Implant Repair?

Is It Time For Breast Implant Repair?

How Long do Breast Implants Last? One of the most common questions I get as a plastic surgeon who completes breast implants is, “How long will…