Cosmetic Surgery for the Neck (the turkey wattle)

Lose skin in the neck is a common effect of facial aging and along with the jowls is often one of the most bothersome signs. Particularly in older men, the sagging neck is the first and often the only aging problem that they want addressed even though there may be other facial features that reflect their age just as much or even more.

The turkey waddle is to be subtly differentiated from the fatty neck. The latter may be from being over weight or just a familial trait, while the former is loose skin usually from sun damage and is often in a thinner person. Many patients say they have had the fatty neck problem since childhood, even though their weight is not excessive. The fatty neck is usually treated with liposuction and is usually done under local anesthesia in just a few minutes providing there is no excess skin to be excised.

The turkey wattle is traditionally corrected with a facelift. Many people prefer to avoid this because of cost, recovery time, scars, and fear of looking different or “face-lifted,” which shouldn’t happen with a properly performed facelift. Many patients only want to address the excess anterior neck skin, particularly older men.

For these people an alternative approach to turkey wattle reduction is a direct neck lift. This is a less commonly performed operation except in older men, in those patients who still have excess skin in the front of the neck after a facelift or after a neck liposuction. The direct neck lift is much simpler procedure than a facelift, but leaves a scar in the front of the neck from under the chin downward.  The operation involves cutting out the neck wattle right down the front of the neck. The direct neck lift is a small but very effective operation. Both excess skin and fat can be removed and the platysma muscle separation sewed together. The only disadvantage in the operation is the mentioned anterior neck scar, while the advantages are minimal recovery, minimal surgery time, local anesthesia, and little or no bruising and swelling. Regarding the scar, most often it is quite inconspicuous fully healed. As with most things, there is a trade-off and the patients must balance that disadvantage with its other advantages.

To help with that decision, it is critical for the patient to have an appreciation of the scar resulting from the direct neck lift. How does the scar look, and is it a bad scar? The scar pattern is really an H-shape that is turned on its side. A small horizontal limb is right under the chin and at the bottom of the vertical incision and is usually inconsequential. The longer vertical limb that runs between the underside of the chin and a low horizontal skin crease is the part that is more visible.

The vertical part of the scar can be handled in two different ways. One way is to make the incisions is a straight line and the other is to create what plastic surgeons call a Z-plasty. A Z-plasty lengthens the scar vertically and tightens it horizontally. This is done at the angle of the jaw and neck, called the cervical-mandibular angle. The decision for which approach to make is up to your plastic surgeon. If a straight line is made, the Z-plasty can be performed at a later date if needed.

As with any scar, time is your friend. The scars mature in 6 months or so and are usually inconspicuous.

E. Ronald Finger, MD
Dr. E. Ronald Finger is a Board Certified Plastic Surgeon, Author of "Why Grow Old" and the Inventor of New Youth Skin Care. Dr. Finger has been practicing as a Plastic Surgeon in Savannah Georgia since 1973 and currently offers two locations for Plastic Surgery consultations and procedures. His office locations are in Savannah Georgia, and Bluffton South Carolina. Dr. Finger was the first to offer NeoGraft Hair Transplantation in the Coastal Empire. New Youth Medical Spa offers Fraxel Laser Treatments and Skin Rejuvenation Treatments. Visit fingerandassociates.com to find out more. Dr. Finger has answered over 1200 Expert Plastic Surgery questions on realself.com and is considered a Top Doctor.
Recent Posts

Contact Us
Sign Up To Receive Savings!
*Disclaimer: Results vary from patient to patient and are not guaranteed
Graphics and Website Content Copyright 2018 - 2019 Finger & Associates | Managed by DGM Global Marketing Business Solutions
Cosmetic Surgery for the GuysCosmetic Surgery for Men 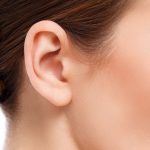